#0 Name: Anonymous
Good day, and welcome to Bus Stop - a small talk message board. Each post remains on the site for only a day, after which, it disappears. Registration is not required, and small media files can be uploaded along with each post.

If you find this place empty, it doesn't necessarily mean that it's completely abandoned. Feel free to make a post to start a discussion, perhaps someone will see it and reply!

Bus Stop is intended to be a stress free environment for talking with strangers. Try to keep a relaxed demeanor when posting, please don't say or upload anything that might ruin the other person's day.
I hope we meet again.

POST FORMATTING   FILE UPLOAD   OPTIONS   MISC
Bus Stop uses an extended version of WakabaMark markup code for post formatting.
The basic features are as follows: If you want to make a large post with complex formatting you can test if everything looks right here.

Please fill the subject field with clearly defined topic when it's appropriate. It not only allows to browse this site like a regular image board by filtering the posts with the same subject, but also serves another purpose. Subjects have a longer lifetime than posts, it means that even when subject's thread is empty, it stays in the list for several days since the last post. In case this board is empty, this should help a new user or a person who hasn't visited the site for a long time to understand what kind of things were being discussed recently.

SJIS art can be displayed without any special formatting, as required proportional font is used on Bus Stop by default.
Bus Stop supports uploading of the following file types: The maximum file size is 16MB.
EXIF data is stripped out from the images automatically.
The board's look can be customized from the options menu, which is accessible by clicking [+] in the bottom right corner of the sidebar. Available options are as follows: Options are stored in your browser's cookies, be sure to enable them, if you want to save your settings.

Bus Stop is also available through this URL vip.bus-stop.net
This is the JavaScript-free mirror of the site, so if you like, you can use it to browse the scriptless version of Bus Stop without disabling JavaScript in your browser.
Please note, that you need to solve a captcha to make posts with disabled JavaScript.

User submitted themes are placed on different subdomains as well:

PERSONAL DATA USAGE
Bus Stop's page doesn't send any info to the server, besides your posts data and captcha id and answer when it's enabled. Some of the features like customization options require to have cookies enabled, but only to use your browser's local storage, without actually filling the cookies headers.
Our JavaScript code doesn't make any requests and isn't mandatory for the site's core functionality.
HTTP server's access logs are disabled. Bus Stop has a statistic system that counts unique posters and visitors by storing checksums of IP addresses in database. Internal logs contain IP addresses together with posts content in plain text for moderation purposes, such logs are stored on the server for 3 days, they aren't shared with anyone and Bus Stop's maintainer uses them very infrequently.

are regular ones still terrifying?

Tornados will always be terrifying because you basically have to get to shelter as soon as the warning comes up. They're unpredictable in path and destruction. Most of the time the damage isn't too bad and usually only specific areas, but they can change path and intensity on short notice.
Most earthquakes in developed nations aren't bad because places on active fault lines usually have stricter building codes to account for it. Small ones are a shock (no pun intended) but the anxiety for most of us wears off within minutes of it passing.
Hurricanes can be terrifying, but with modern weather predictions and media reporting giving a few days notice, it's a lot less terrifying than it would have been a century ago. Some less severe ones don't even evacuate. My friend continued his hotel stay through some hurricane years back. He slept through it while his mom was woken up and couldn't fall back sleep from the roaring winds.

Do you get used to it or is every single event memorable?

You get used to it. I remember most of the 5.0+ earthquakes I've been through, but not very well if I wasn't doing anything at the time to associate it. Any earthquake I had to look up to see if one even happened I won't remember by the following week.
#14383 Name: Anonymous   13h
>>14381
I choose to sound like Jar Jar Binks and kill anyone who makes fun of me. The thought of someone being killed by a guy with a Jar Jar Binks accent just seems hilarious to me.
#14384 Name: Anonymous   19h
>>14381
Sound like him and never speak again.
#14385 Name: Anonymous   22h

This has to be one of my favorite case studies. It's on a woman who ate so much cabbage she induced hypothyroidism 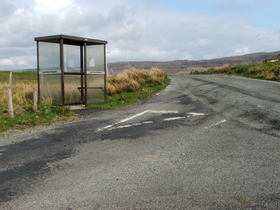